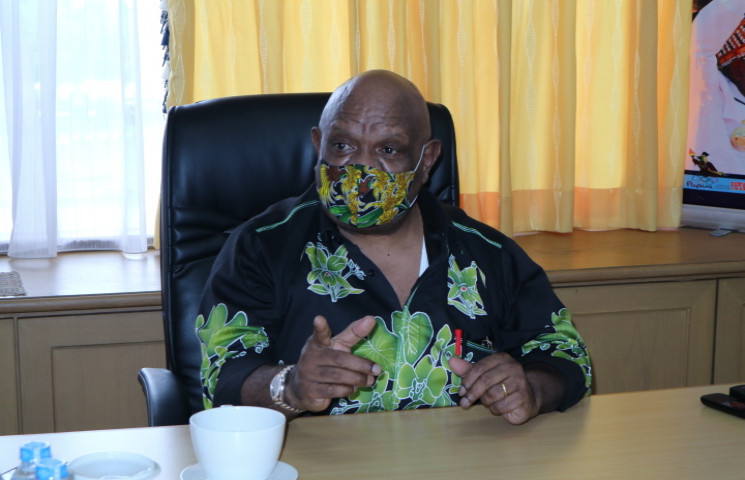 Papua Deputy Governor Klemen Tinal instructed relevant agencies to immediately step down to help deal with the flooding in Keerom Regency, due to recent heavy rainfall.

This was conveyed by Deputy Governor Klemen to the press, after submitting the Budget Implementation Document (DPA) – Regional Apparatus Task Force (SKDP) of Papua Provincial Government 2021, in Jayapura, Thursday (11/2/2021).

"The flood disaster in Keerom is actually the responsibility of the local district. But since it's close to the province, we'll help. The most important thing at this time is the head of Public Work Department and others have to see what causes flooding".

"Whether due to open irrigation or exploited forests and others. If the forest is exploited then the people who steal the wood are destroyed, the farmers lose because the crops are flooded," he said.

The Deputy Governor on that occasion asked the Keerom Regency Government to immediately make a report, related to the last condition of flood disasters that occurred in the region. "So that we can see and help comprehensively," he explained.

In addition to Keerom, the Deputy Governor also ordered the relevant Regional Apparatus Task Forces to assist the Government of Intan Jaya in providing foodstuffs for refugees.

"Including Nduga Regency which may be more to the assistance of physical development. Because people want to go back to their village there is nothing (people's houses destroyed)".

"So that we will build houses and others or through agriculture helps stimulants so that people live again as before," he concluded.