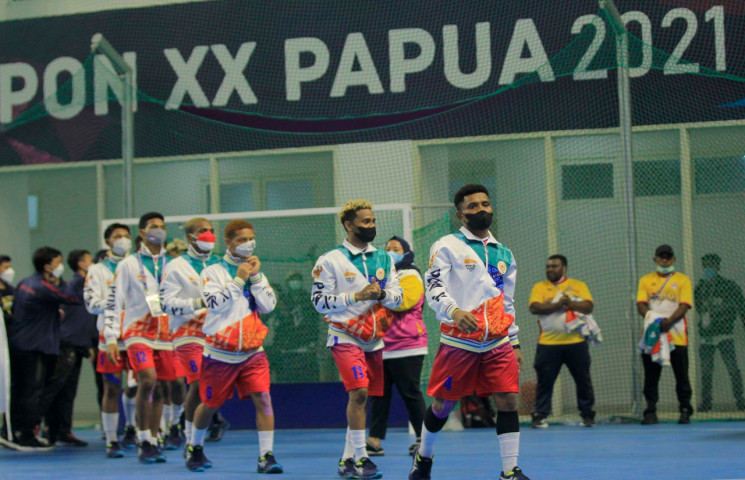 JAYAPURA - West Java reigns at the top of the medal standings. It's hard to seem to be chased by the rest of the contingent.

East Java which in recent days continues to win gold is ranked second with 74 gold, 66 silver and 57 bronze medals.

Papua as host, meanwhile, is in the top four with 65 gold, 34 silver and 64 bronze medals.

But the fourth position of Papua is relatively safe from the pursuit of the fifth rank because the acquisition of Central Java medals only reached 18 gold, 32 silver and 37 bronze.

As of Sunday night, there had been 430 gold out of 681 gold that had been achieved by 7,039 athletes who went down in PON Papua.

Then Athletics at Mimika Center Athletic Stadium, there will be six gold medals up for grabs.

Pencak silat from Monday (11/10/2021) will start holding the final party. A total of five gold medals were contested in GOR Toware, Jayapura Regency.

Then Rowing and Karate will both hold four final matches today.

In total there will be 37 sports with 56 disciplines and 681 match numbers held during National Sports Week in Papua.

Until now, 430 gold medals have been captured by 28 provinces from 34 provinces that participated in National Sports Week XX of Papua.