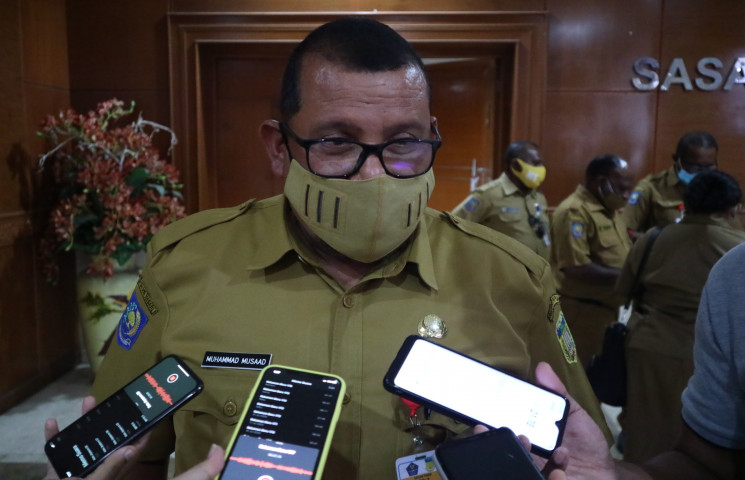 Distribution of the Papua province with the Jayapura University of Cenderawasih on Tuesday (July 28, 2020), conducting a closed meeting with the evaluation of the development of LAW No. 21 on Special Autonomy (Otsus).

One of which was also discussed regarding the proposal for the establishment of 14 seats in the District and Regional House of Representatives Members of the Special Autonomy lane. At present, it has just been formed and is already operating in Papua Province.

Assistant for Economy and People's Welfare Regional Secretary of Papua, Muhammad Musa'ad assessed the proposal should be followed up to minimize the long debate in the future.

"But this is our initial meeting with the Cenderawasih University,  we will do the discussion continuously with the relevant parties to agree on a number of proposals," said Musa'ad.

While the other important thing discussed in the meeting, he connected, Papua provincial government questioned the study conducted by the University of Cenderawasih against the development of autonomous regions (including regional expansion) and proposed the establishment of the Commission on Truth and Reconciliation.

"The point is we want to bring the future of Papua to be better. But we certainly need to build together all the existing components. Not only the government but also all elements of Papua ".

“About special autonomy, we should not trust issues that then divide us. Once again we must be optimistic that Papua will be better in the future”, he said.