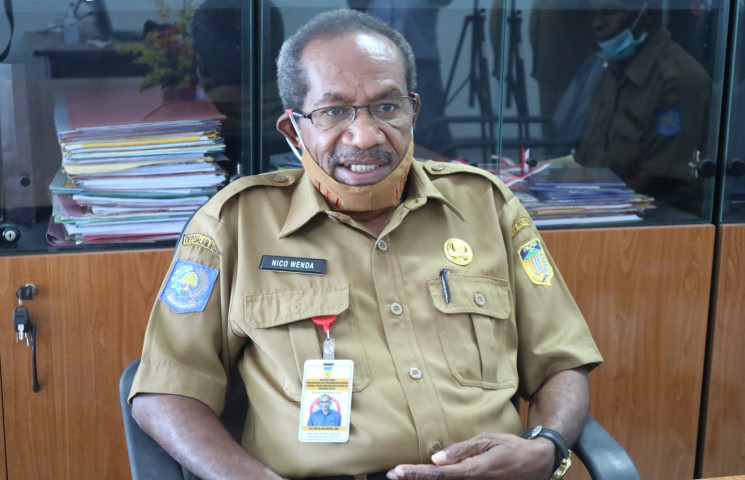 The Papua Provincial Government immediately proposed the issuance of the Employee Master Number (NIP) of 561 K2 honorary personnel to the Minister of State Apparatus Empowerment and Bureaucratic Reform (Menpan RB).

The decision is as the result of a meeting of the Head of Papua's Regional Employment Agency (BKD) with the Regent, Secretary and Head of BKD district/city, Tuesday (Sept. 15, 2020) in Jayapura.

This meeting also followed up with the direction of Papua Deputy Governor Klemen Tinal, after meeting the Minister of Home Office, in Jakarta, September 4, 2020.

"A total of 561 K2 honorary have previously been declared qualified when enrolled in candidates for civil servants recruitment formation in 2013. However, it is unable to process the management of Employee Master Number, as a result of the application that is the place to process data by the Regional Employment Agency (BKN), closed".

"So that in this meeting was agreed with the regent, secretary, head of BKD in Papua for us to immediately propose to the Minister of Papua through the Governor of Papua," explained BKD Papua Chief Nicolaus Wenda, after the meeting.

As for K2 honorary personnel who did not pass the registration of candidates for civil servants recruitment formation in 2013, said Nicolaus, it was agreed that BKD in Papua conduct the re-listing.

"It's included for general honorary (categories) who in this case don't get on the database," he said.

BKD in Papua, he continued, agreed to also compile a departmental analysis and Workload Analysis (ABK). Furthermore, all the data will be presented to the Governor with the copy of BKD Papua province, no later than the third week of October 2020.

"BKD Papua will count recapitulation the data as a whole, then invite bkd district /city to re-present the k2 honorary data, general honorary data and Anjab and ABK".

"BKD Papua then checks the truth, whether it is correct according to the proposal or not. After that it is continued to the leadership to be used as it should be," he concluded.

Chairman of DPW National Honorary Alliance of Papua Frits Awom, appreciated the meeting initiated by BKD Papua, to discuss the future of K2 honorees on the earth.

It is just that he reminded all BKD in Papua that the decision taken in the future, not out of minutes as the result of Deputy Governor Papua agreement with Menpan RB in Jakarta, September 4, 2020.

"It was decided there were 3 points in the meeting but the main one was the appointment of 20,000 honorary personnel to the Papua Province".

"In the quota decision is specific to the province also get a quota of 3,000. It was delivered directly to Deputy Governor Papua. Well this section we hope is taken seriously. It means that what has been decided from the central and regional leaders please be heeded by subordinates," he hoped.