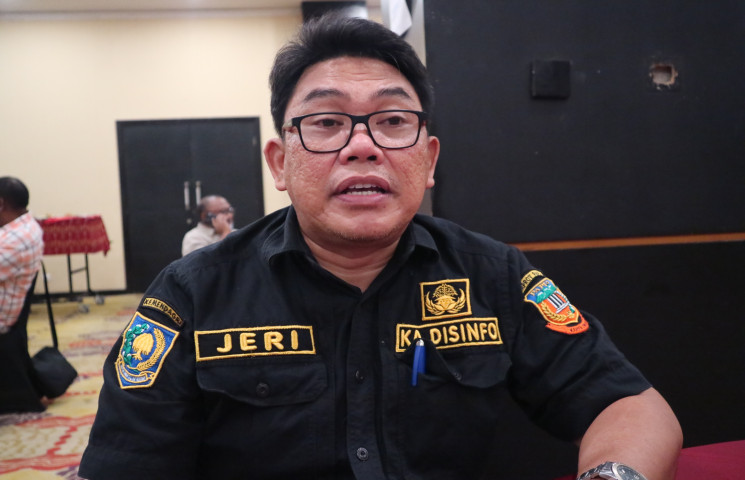 The Papua Provincial Government confirmed Alpius Matemtai appointment as the Head of the Agriculture and Food Security Office of Mamberamo Raya Regency, as circulated in the local Whatsapp group is false.

This was confirmed by the Head of Communication and Informatics Office Jeri A. Yudianto, Thursday (15/10/2020), in Jayapura.

He explained the appointment of Alpius Matemtai who is currently secretary of Agriculture and Food Security Department of Mamberamo Raya Regency, should be the authority of the local leadership.

So the Governor of Papua is unlikely to intervene in the appointment, as it is the domain of the local regent.

"The Letter of the Governor of Papua Number 129/16910/SET dated August 31, 2020 is false. This has been confirmed by the Assistant General Field of the Secretary of Papua and the Head of Regional Employment Agency (BKD) of Papua".

"In terms of the authority of the Papuan Provincial Government in the management of staffing there is no authority up there. So the letter deserves to be questioned for its authenticity," he explained.

Jery advises if any party feels harmed to be able to verify it directly to the Papua Provincial Government, including making legal efforts.

"But it returns to the party who feels aggrieved. Because what was the letter distributed for? Then there are goals and interests, right? We don't know, but what is certain is that the letter was not from the Papua Provincial Government," he said.

Previously, a fake letter from the governor was circulated regarding the appointment of the Acting Head of the Mamberamo Raya Agriculture and Food Security Service.

Although it has gone viral, there has been no official response from the Local Government of Mamberamo Raya regarding the fake letter.