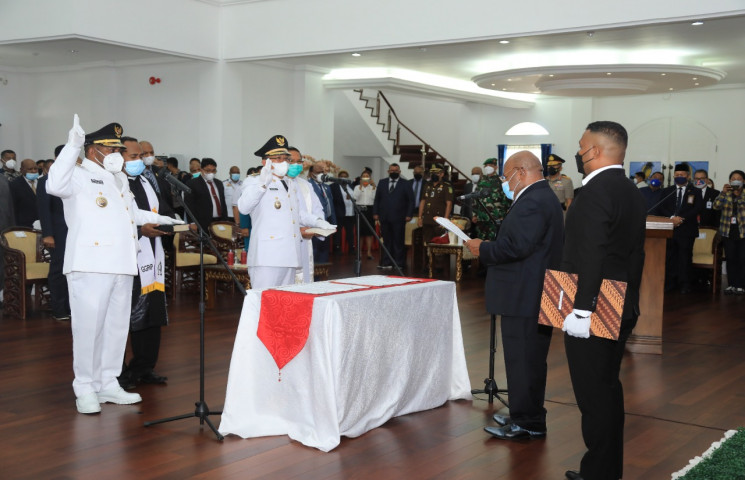 The Inauguration Regent and Deputy Regent of Boven Digoel

In his speech, Governor Lukas Enembe advised that the newly appointed regents and deputy regents, were able to embrace the entire community in the development process and become role models and role models for their citizens.

"After you have been appointed, I hope to be a figure and role model of the community," said Governor.

According to the Governor, regional leaders in Boven Digoel who have taken oaths and promises, must submit and obey the rules and must position themselves as the supreme leader.

Regents and Deputy Regents must also understand the situation and conditions of the community so as to create prosperity in the region.

"The condition of the government must be considered because many leaders who repeat the same events, the most common events are, the regional head leader is entangled in a legal case, I do not want to see Papuans entangled in legal cases of corruption issues"

"That's why I appeal to regional leaders who have been appointed to be careful in making decisions and policies," he said. ***