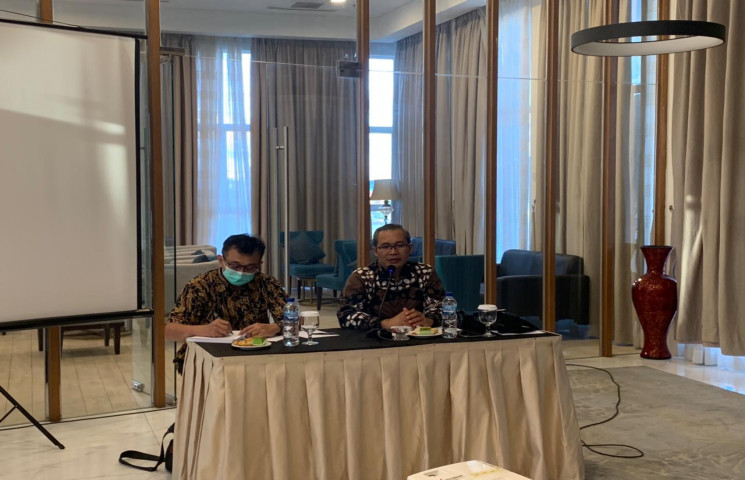 JAYAPURA - All leaders of civil society organizations of Papua, invited to play an active role in efforts to combat corruption, through supervision of the implementation of government in each region.

"Corruption is still a problem in the management of natural resources and financial management. Both regional finance and state finance. If we don't care, who else?" said Deputy Chairman of the Corruption Eradication Commission (KPK) Alexander Marwata, in Jayapura.

Deputy Chairman of the Corruption Eradication Commission, Alexander Marwata in dialogue with about 30 activists of natural resources, protection of indigenous peoples, democracy, human rights, and women.

According to him, Indonesia is currently still in the category of corrupt countries. The GPA in 2020, has a score of 37 to place Indonesia in the ranking of 102 out of 180 countries surveyed.

In fact, Indonesia has a huge potential to prosper with abundant natural wealth.

Therefore, the participation of civil society organizations is considered important, because the Corruption Eradication Commission has limitations in conducting staffing.

"Therefore, the role of the community to become the eyes and ears of the KPK, is very important"

"Because do not let the officials of the country feel no one is watching. So, let's do our best together at least in the area where we live," Alex invited.

In addition, Alex also said that as a community organization it actually has a strategic role to conduct coaching and mentoring to the community, especially prevention efforts.

Because through prevention strategies, continued Alex, the Corruption Eradication Commission made improvements to the system to prevent people from corruption.