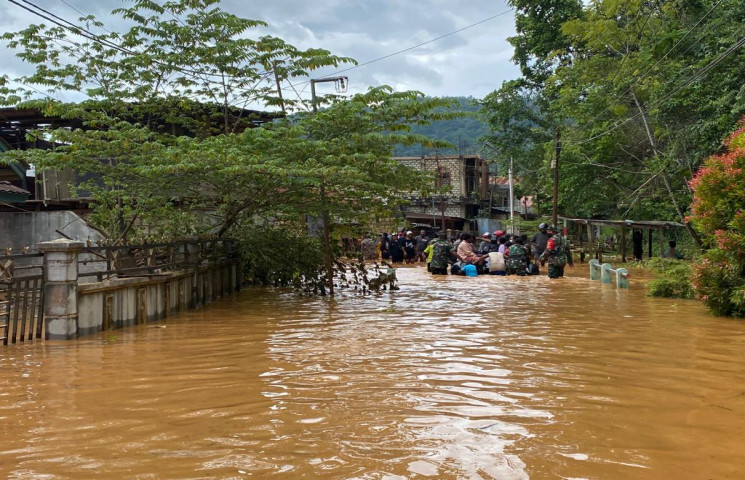 Ministry of Social Affairs Republic of Indonesia, Risma See The Victims of Floods and Landslides in Jayapura Tomorrow

This assurance was conveyed by The Head of Social Affairs Department of Papua Provincial, Nius Wenda when contacted by reporters in Jayapura, Wednesday (12/1/2022).

According to him, Minister Risma upon arrival in Jayapura directly will visit  a number of points, to ensure the handling of victims of flood and landslide disasters went as it should.

"In essence, she wants to ensure the government's handling of disaster victims (is done well)," Nius said.

Risma during her visit will also provide compensation and logistics for the families of victims who died because of the landslide disaster.

Yesterday, the Provincial Government had submitted to the Ministry of Social Affairs for compensation to the families of the deceased. And the Minister will hand over the compensation symbolically."

"The point is that the provision of logistical assistance to compensate for disaster victims is a form of attention from the government. As for the amount of compensation there is a standard of value, be it to the injured or the dead, but we focus on the victims who died", she concluded. ***