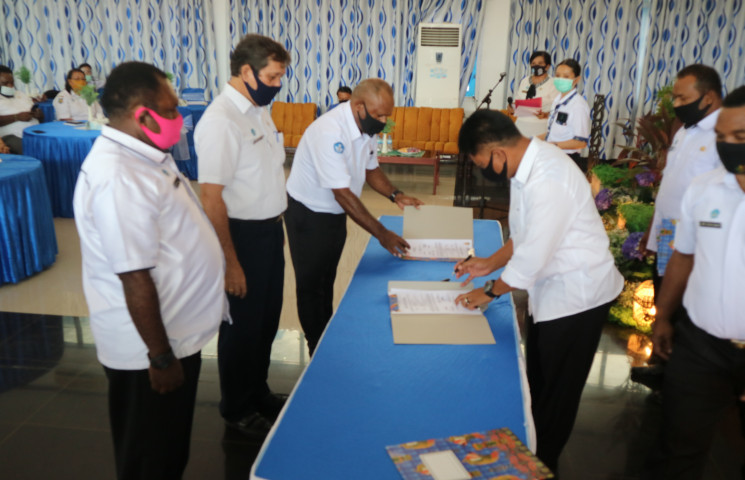 Sohilait also ensured that he would form a team to oversee the performance of newly appointed Echelon III and IV officials.

This was said when he gave a speech on the handover of positions and signatories to the integrity pact of Echelon III and IV officials at the PPAD Office, Wednesday (Sept.9, 2020) in Jayapura.

"In the handover of office this time there was the signing of an integrity pact. This means that in each description of this task given to the official concerned, there is a target of 6 months to 1 year to be achieved".

"If it is not completed in 6 months to 1 year then we can make a change," he said.

As for the former Echelon III and IV officials who are now running errands in new places, Sohilait has a message to perform the task properly. He believes that a series of achievements will be able to be carved in advancing the ministry of development and community in Papua.

Sohilait on that occasion also expressed his gratitude and appreciation for previous officials who have pioneered work in each field in the PPAD Service.

"On behalf of the country I would like to thank the former officials who now serve in other agencies. We apologize, if there are things that are not pleased. Whether through words, attitudes, behaviors, even those related to well-being. I apologize for that, as long as we become Civil Servants we will still be together in different positions," he concluded.