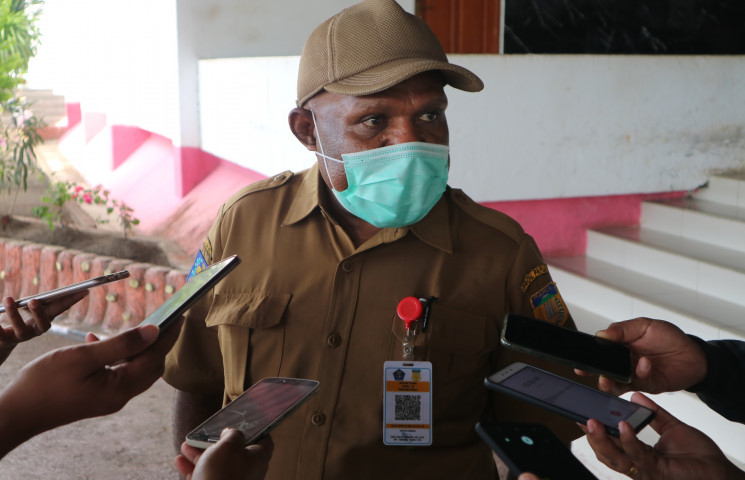 Health Department of Papua: The Highest Tariff for the Swab Test, Wait for the Ministry of Health's Letter

The Central Government through the Ministry of Health and the Financial Supervision and Development Agency (BPKP) has set the cost of examining PCR tests for Covid-19 testing worth a maximum of 900,000 IDR.

The Papuan government through the health office expressed its readiness to follow through on the policy after receiving an official letter from the Ministry of Health of the Republic of Indonesia.

"In fact, we will also make a circular based on the official letter from the Ministry of Health of the Republic of Indonesia".

"After the release letter was made, we followed up by conducting supervision to the agencies that conducted the swab test," explained the Head of the Health Office of Papua Province Robby Kayame in Jayapura on Wednesday.

Robby appreciated the policy because it would be very helpful for local governments, more specifically people who do the swab test independently.

Because different prices and expensive sets for one-time swab tests are currently considered very burdensome, more specifically for the citizens of the lower middle economy.

"Therefore, we are also waiting for a letter from the Ministry of Health so that we can receive it quickly. Because that letter will be a reference for us in Papua province to set the highest tariff limit of the swab test".

"The point is that we will be patient because if we have received the letter will be followed up immediately," he explained.

Most people in Jayapura are now complaining about the price of self-suction tests at a number of health care places that reach above 1 million IDR. They hope that the government's intervention so that the price of the swipe test does not burden people who are currently in economic difficulty due to the Covid-19 pandemic.